Underwater museums which you should know 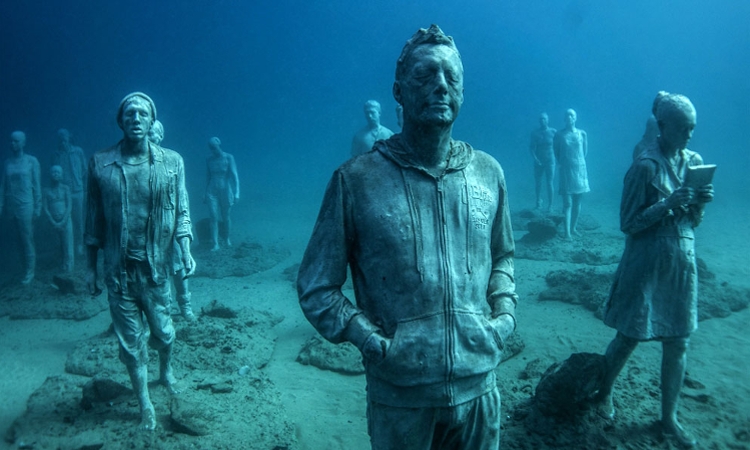 We usually associate museums with boring exhibitions that showcase historical objects of cultures from the distant past. Many museums are now trying to attract new visitors by changing the way they display their exhibits. However, the museums we shall present in this article do not need to put a lot of effort into luring visitors because they themselves are incredible. However, access to them is somewhat difficult. Why? These museums are hidden deep down in the sea. What can you find in them? Many mysteries that still remain undiscovered...

The Musa Underwater Museum in Cancun
One of the most interesting underwater museums is located at the bottom of the Caribbean Sea near the city of Cancun in Mexico. The museum was founded in 2009 by the British sculptor Jason deCaires Taylor. It features life-size sculptures presenting the human form, which have been placed on the seabed. Today, there are about 500 figures at a depth of about 9 metres. The exhibits belong to the Musa Underwater Museum.
The purpose of creating this museum was to draw people's attention to protect coral reefs which in many places are threatened.
You can "visit" the museum by diving with a local guide. Those who cannot dive may opt to cruise on a boat with a glass bottom.

The Atlantic Museum
Tourists will soon be able to admire the sculptures of Jason de Caires Taylor. A museum with his sculptures will be open on the waters off the coast of the island of Lanzarote. The opening is planned for 2017.

The Qiando Lake Museum
The Qiando Lake Museum is located in China. The lake is a reservoir that was formed due to flooding of the valley. The flood occurred as a result of construction works on a nearby hydroelectric power plant. Many towns and villages were submerged. It was not until many years later when the first underwater expedition was organised in the area. During the expedition, it turned out that most of the flooded village remained virtually intact. Therefore, it was decided to create an unusual museum here. Many people who have had the opportunity to visit this place say that this experience cannot be compared to anything else.