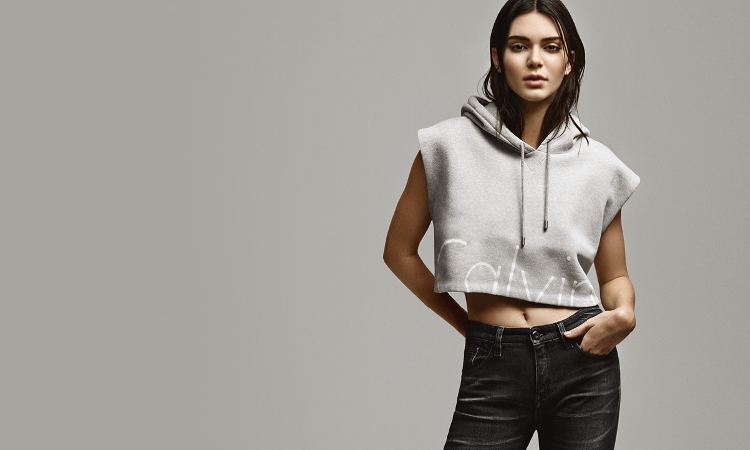 Calvin Klein Jeans today announced the introduction of the Calvin Klein Jeans #mycalvins Denim Series, a limited edition, logo-driven offering inspired by athletic and urban streetwear. In North America, the line will exclusively debut at Opening Ceremony on April 15th in their New York and Los Angeles stores, as well as online at openingceremony.us.

“Modeling for Calvin Klein Jeans is really a dream come true,” said Ms. Jenner. “I’ve grown up wearing the brand and seeing the iconic advertising in magazines and on billboards featuring some of the world’s top supermodels. To now be a part of that legacy is truly an honor.”

This new series, designed by Calvin Klein Jeans’ Global Creative Director, Kevin Carrigan, was influenced and inspired by the success of the #mycalvins social media campaign – which Ms. Jenner has participated in alongside an impressive list of models, musicians, athletes, celebrities and influencers from around the world. The campaign encourages fans of the brand to post selfies of themselves wearing Calvin Klein using #mycalvins. To date, the successful campaign has engaged hundreds of global digital influencers from more than 25 countries, reaching approximately 400 million fans and generating over 13 million interactions worldwide.

The new assortment, which is anchored with a modern, cropped take on the “Calvin” logo, is grounded by iconic Calvin Klein jeans, logo tees and sweatshirts, marrying personal style with sporty details. The full men’s and women’s offering consists of tees, jeans, denim shorts and jackets, jogger sweatpants, unisex backpacks and hats, in baby blue, washed black and white rinses retailing from US$58 to US$348. In North America, following the exclusive debut of the line at Opening Ceremony, the offering will expand distribution and become available at calvinklein.com upon May 15th.

“This series is an expression of the athletic trend that's happening right now,” said Mr. Carrigan. “I designed an assortment of unisex tees and tops to be mixed with denim in elevated street styles. These are the ideal wardrobe essentials for an active, youthful lifestyle like Kendall’s – and Opening Ceremony is the perfect collaborative partner to present the line in North America.”